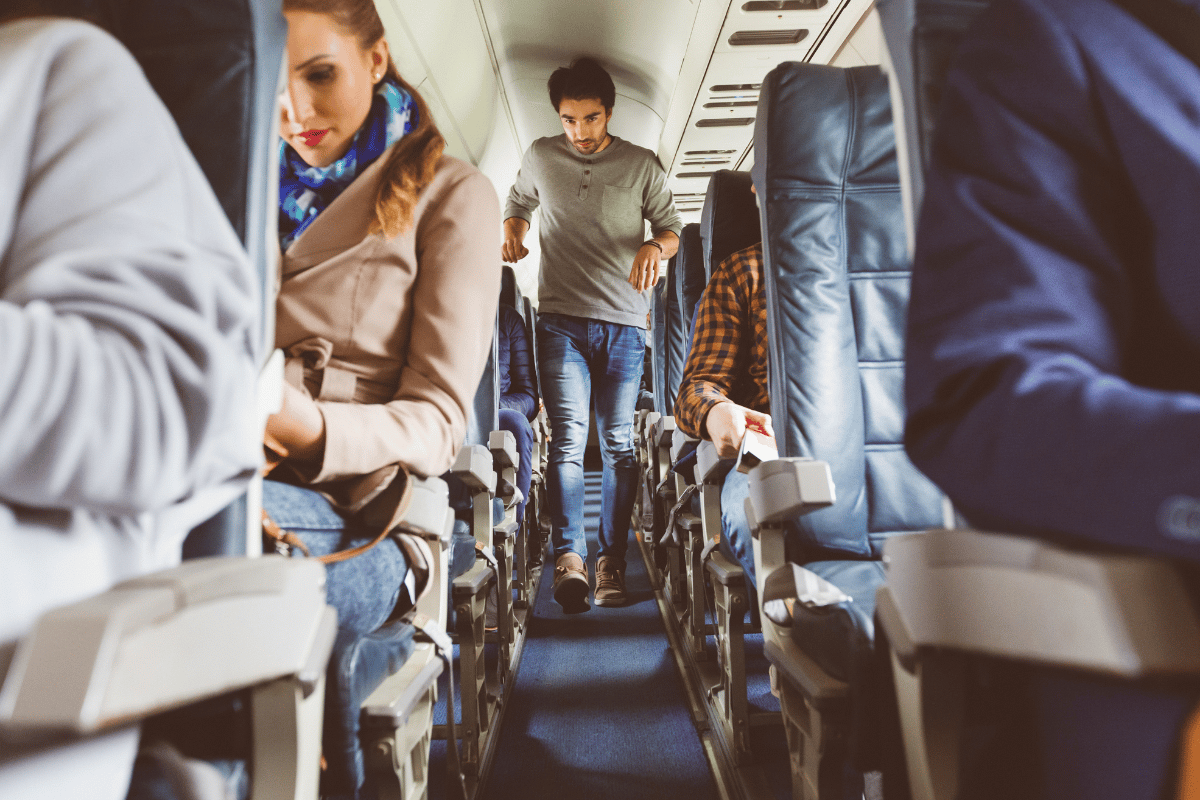 Anyone who has flown may remember their first experience being above normal breathable atmosphere. While it’s astounding that breathable air is even possible while hurtling through the air in a metal tube, you might have experienced a sore throat, watery eyes, or congestion following your flight. These symptoms are often attributed to the air quality in your plane’s cabin. Which arises questions such as, what are the mechanics of aircraft cabin air production, circulation, and filtration? What are the issues with the current systems? And do you need to be concerned if you are planning a flight?

Air intake systems on most aircrafts use the same basic system. Outside air is pulled into the aircraft via the air intake system, passed through filtration, and then through a heating or cooling process before being mixed with the current air already in the cabin. As the air circulates around the cabin, a regulated amount of it is drawn into the outside atmosphere as the next amount in drawn in. These processes continue maintaining the necessary level of pressurization while continuing seamless convection.

Specific types of filtration systems are more dependent on the aircraft itself, although airlines generally favor underfloor high-efficiency particle filters (HEPA) because of their ability to filter small germs and bacteria. However, the lack of moisture in the recirculated air has the potential to dry out the mucous membranes in your nose and throat, making passengers even more susceptible to catching germs transmitted by their neighboring passenger.

The National Institute for Occupational Safety and Health (NIOSH) and Centers for Disease Control and Prevention (CDC) detail post-flight illness as a result of poor cabin air quality. These findings are also of-concern to the Association of Flight Attendants (AFA), and the Air Safety, Health and Security Department (ASHS). After all, it is not just people flying for business and pleasure who are impacted by poor cabin air quality. Flight crew are potentially the most at risk, through their constant occupational exposure.

A bill introduced to the House of Representatives in 2019 put the issue of aircraft cabin air quality back in the public consciousness. Bill H.R. 2208, The Cabin Air Safety Act of 2019, is a framework to look into and focus on ways to ‘improve the safety of the air supply on commercial aircrafts, and for other purposes’. While the bill focuses more on inflight fumes rather than air quality, it’s a step in the right direction to protect the health and safety of passengers, flight attendants, and other staff.

There are numerous potential problems with the current process of maintaining healthy aircraft cabin air quality, being:

Precautions You Can Take

It’s important to ensure that for the days, and even weeks, prior to your flight you prioritize hydration and a healthy diet to support a robust immune system. When maintaining physical strength on a cellular level, your body is in a better position to fight infections and manage the strains of air travel. Additionally, maintaining a high level of personal health and hygiene throughout your flight is of major benefit to you and the other passengers. Drinking plenty of water to keep hydrated and to flush your system, keeping your throat lubricated, regular hand washing, and wearing a mask will minimize the risk of picking up nasty bacteria. Wearing O2 Nose Filters will also provide optimal support to minimizing the spread of infections. Utilizing all these factors that are within your control will help maximize the health of yourself as well as the rest of your cabin passengers.

While our nasal passageways try their best when it comes to filtering harmful airborne particles, they aren’t perfect. That’s why O2 Nose Filters are such an effective solution when it comes to improving our mental and physical health. Nose filters are a discreet, effective option to protect against airborne particulate matter. The O2 Nose Filter uses 3M’s patented AEM™ electrostatic technology to capture allergens, viruses, and other particulates, making them a valuable tool for anyone who wants to drastically limit the pollutants and pollens they breathe in daily.