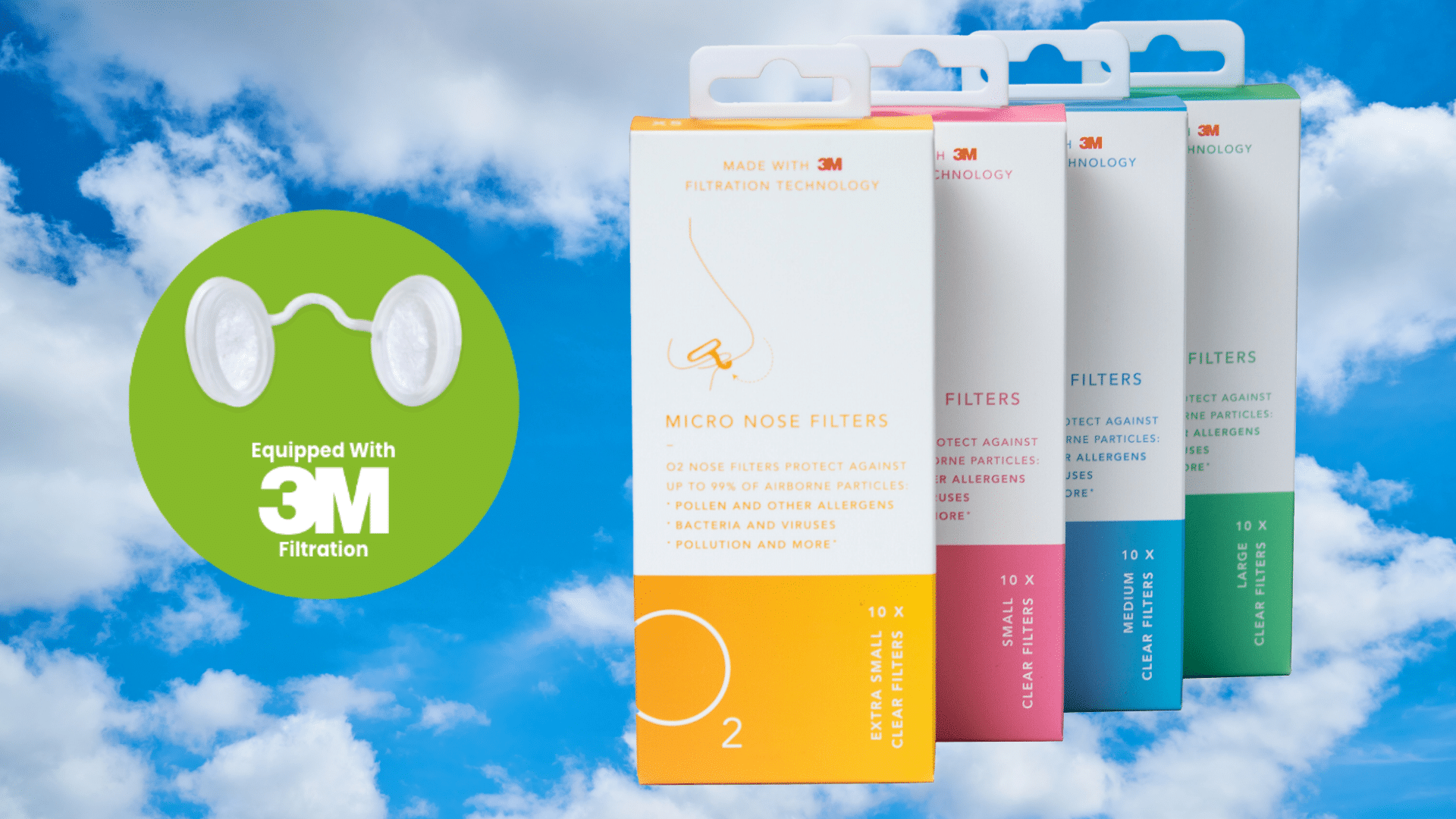 Particulate matter is all around us, in fact, the human eye can see particles down to about 40 microns in size. Although, there’s a whole world of harmful particulates that we can’t perceive without powerful scientific tools. When it comes to imperceivable airborne pollutants like viruses, bacteria, mold spores, and much more, it’s understandable why the average individual wouldn’t want to breath these in on a regular basis.

With airborne pollution ranking 5th when it comes to worldwide risk for premature death, it’s abundantly clear that the world needs a solution. Fortunately, by combining 3M’s innovative filtration science with O2 Nose Filter’s elegant design, we’ve created the most discreet and effective solution to protect society from harmful airborne pollutants. With 3M’s patented filter leading the charge to fix this global issue, let’s dive into the history of this technological breakthrough.

From the company’s origins in 1902, it’s five founders had the same spirit of innovation and collaboration that forms the foundation of 3M today. Scientific and technical innovations produced success over the years, eventually making 3M a regular name on the Fortune 500 list. Today, more than 60,000 3M products are used in homes, businesses, schools, hospitals, and other industries. With corporate operations in 70 countries and sales in 200 countries, 3M is committed to creating the technology and products that advance every company, enhance every home, and improve every life.

3M’s patented AEM™ (Advanced Electret Media) filter technology relies on the principles of electrostatic attraction. The high capture ratios and extended breathability attributed to 3M’s AEM™ material allow airborne particles to be captured within the filter. Rather than using a ‘screen’ approach to block the passage of particles, the charged fibers act as ‘magnets’ to retain particles while still allowing air to pass through – making O2 Nose Filters both breathable and effective.

Particulate Matter (PM) is the name given to a complex bunch of small, microscopic pollutants that float in the air. PM is commonly measured in microns or a micrometer, where one micron is one-millionth of a meter. Particulates are often divided into two basic groups based on their size:

To help most people understand the scale of these airborne particles, there are 25,400 microns in one inch. When airborne, condensation effect significantly increases the typical size of most particles. The size in the following chart is the “dry” particle size. The very smallest particulates take on H2O, increasing their perceived size by minimally 80% and as much as 1000%. For example, a 2.5μm size particle dry will be filtered wet at approximately 4.5μm minimum in size or larger.

The Truth on Everyday Pollutants

Airborne infections also spread when bacteria or viruses travel on aerosolized droplets when an infected individual sneezes or coughs. There are many different kinds of viruses that can affect your breathing passages and cause respiratory illness in your body. Some common viruses and infectious diseases, which can be contracted through the upper respiratory tract, include measles, mumps, tuberculosis, chickenpox, and influenza.

Additionally, O2 Nose Filters combat seasonal allergies from pollen. Allergic rhinitis, also known as “hay fever,” develops when the body’s immune system overreacts to an allergen. These substances in the surrounding environment trigger the immune system into releasing histamines and other chemicals into the bloodstream. Intensity and frequency of hay fever symptoms are varied from person to person, but for those who suffer from seasonal allergies, they understand how miserable and debilitating these symptoms can be.

The Convenience of O2 Nose Filters

While our nasal passageways try their best when it comes to filtering harmful airborne particles, they aren’t perfect. That’s why O2 Nose Filters are such an effective solution when it comes to improving our mental and physical health. Nose filters are a discreet, effective option to protect against airborne particulate matter. The O2 Nose Filter uses 3M’s patented AEM™ electrostatic technology to capture allergens, viruses, and other particulates, making them a valuable tool for anyone who wants to drastically limit the pollutants and pollens they breathe in daily.