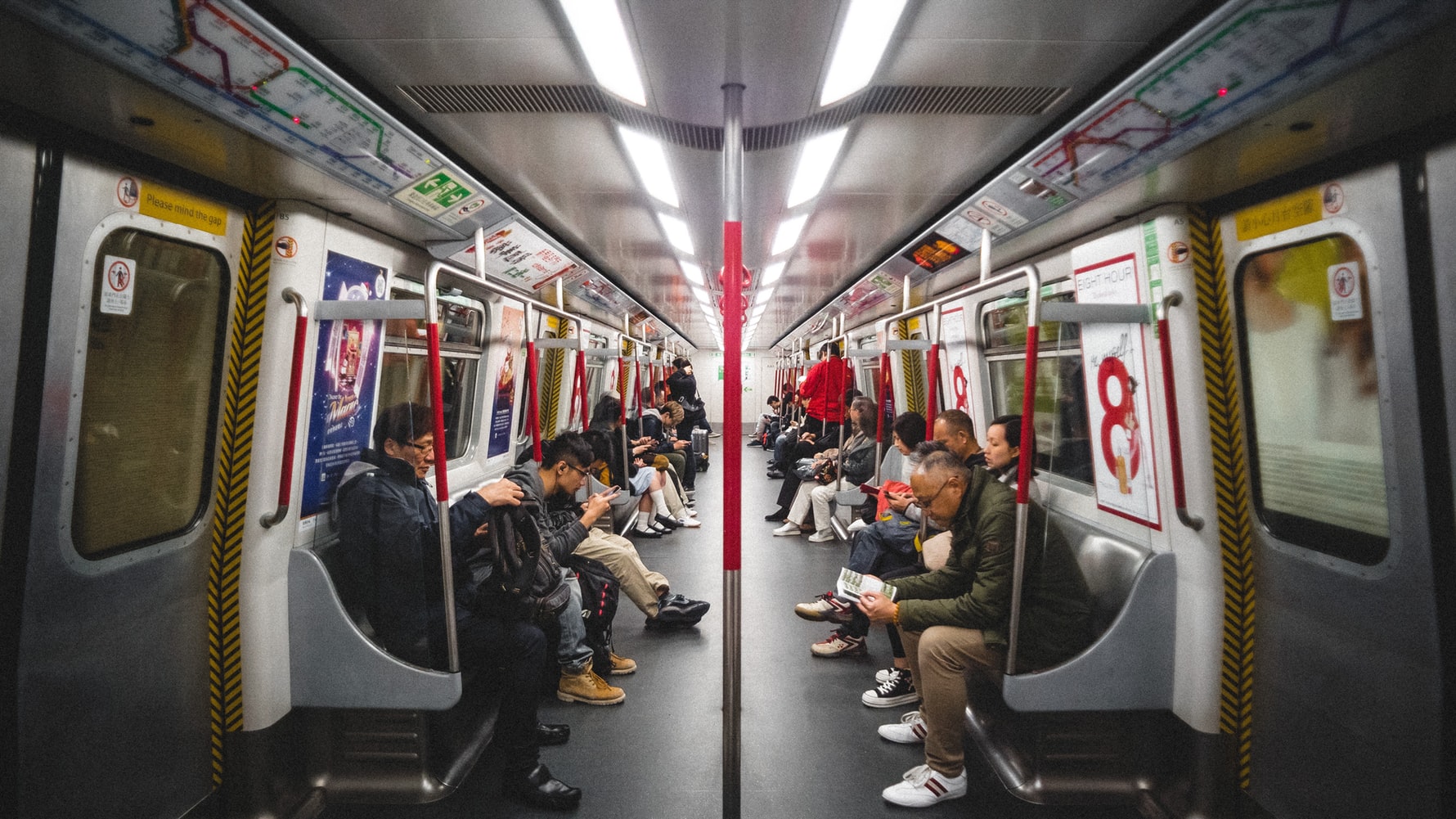 The demand for public transportation increases as the population rises in urban areas. Did you know that 55% of the global population lives in urban areas and that number jumps to 82% in North America! In 2017, passengers traveled 57 billion miles on American public transit. While public transportation’s impact on the environment is actively decreasing with clean technology, lower carbon emissions, and reduced gasoline use, there is still an effect on urban air pollution and the passengers.

What is Particulate Matter?

Millions of people regularly using city transportation are exposed to high levels of particulate matter (PM) mainly comprising of solid or liquid particles suspended in the air (known as aerosol). Some PM comes from a human or natural sources, while others come from a direct source like an unpaved road or smoke from a fire. Most of the PM we encounter in bigger cities is the result of chemical reactions from power plants, airplanes, automobiles, and other industrial sources.

What are the Effects of Aerosol Particles on the Respiratory Tract?

The results of particulate matter inhalation can be deadly. Recent studies have linked exposure to PM with deaths from lung cancer, liver cancer, colorectal cancer, bladder cancer, kidney cancer, pancreas cancer, and larynx cancer. Cardiovascular disease-related morbidity and mortality, as well as dementia, have plausible links to exposure too. The levels of exposure for an urban commute differ depending on the mode of transit: subway, bus, tram, or walking. Let’s talk about the effects of particulate matter and how to protect yourself from air pollution on your commute.

It’s impossible to completely protect yourself from particulate matter and poor urban air quality in a big city, but knowing the risks is half the battle. The effects of particulate matter vary based on your exposure and your exposure varies based on your mode of transportation. We examined the risk of exposure on different modes of public transportation using an environmental research study conducted in Barcelona and an atmospheric environment study conducted in Singapore.

Commuters who take the tram to work are at risk of exposure to moderate urban pollution. Although traffic emissions do not affect the air inside the tram, passengers are at risk of higher levels of exposure when entering and exiting the tram. Despite this exposure, trams offer a lower concentration of PM2.5 than other modes of transportation.

When comparing modes of public transportation, the diesel bus ranks the highest in terms of particle concentration. This fact, paired with the need to wait for a bus by the roadside, makes it the worst mode of transportation for particulate matter exposure.

Although walking is good for your health, walking in cities with poor urban air quality is not. People who walk on their commute are at the highest risk of inhaling particulate matter due to higher breathing rates and a longer time of exposure. Exposure to dangerous particles increases at busy intersections. While walking, try to minimize your PM exposure by planning a path that minimizes exposure to vehicles.

How to Protect Commuters from Airborne Aerosol Particulates?

AirNow is an excellent resource for people in the United States to check the current air quality index (AQI) in their neighborhood. The AQI results range from good to hazardous, explaining who is most likely to be affected at each risk level.

Short of skipping the commute and staying inside a home with filtered air, is there a way to protect yourself from air pollution?

The most effective way to filter out harmful air pollution is an N95 respirator, which blocks 95% of particles larger than 0.3 microns, much smaller than the 2.5 microns of a PM2.5. If you’re looking for a more discreet solution, we recommend O2 Nose Filters which capture over 70% of PM2.5 and nearly 100% of PM10 by using 3M’s patented electrostatic technology. The nose filters are a comfortable and discreet way to protect yourself on your commute.

Although it’s impossible to mitigate the risks of airborne PM on commutes completely, make an informed decision by knowing which modes of public transportation methods have lower risk factors. Choose a mode of transportation with lower risks of exposure, use masks or nose filters with PM-blocking technology, and monitor the quality of the air near you.

Protect yourself while you’re out and about with O2 Nose Filters. Click here for a FREE (+S&H) sample pack to see which size works best for you!

The Real Reason Seasonal Allergies Are Getting Worse